Falling in love is a great feeling, but it gets better when you come to realize the person you love is the one you are destined to spend your entire life beside. The Engagement Photo Shoot in Paphos is a story of two love birds. A fish and a bird one wishing he could fly the other wishing she could swim just to be together.

Love gazed all over their faces with memories of all others faded by a single in each other’s eyes. Elliott had never felt love like this before. His body quivering with bliss every time his body inhales her. With every feeling in his body connected to her soul. Love that knows no barriers and renders all senses reeling.

The two met in 2018 and from the first gaze at the first bar they went to, Elliott knew she wasn’t going to be trouble. They talked and spent the whole day together and a natural spark was ignited. A few months after, the two started officially dating. From the first date, to spending their entire time together and these two knew they would end up getting married.

When Kaitlin was moved to Chicago by her company, they both never gave up. They visited each other and spent time visiting places together as if they were never separated by distance. In October, Elliott planned a surprise dinner for Kaitlin and he took her to a beautiful high rise. At the peak of the romantic moment, as she inhaled deeply with all feelings and emotions running deep in her, Elliott went down on one knee and proposed but it wasn’t over. He took her to a local bar after where all her family and friends were waiting to celebrate their engagement.

This was a night to remember for the couple and they planned for a trip to Cyprus. It was amazing to capture these memories as a Paphos Wedding Photographer. Their love shinning bright with their eyes sparkling every moment during the Engagement Photo Shoot in Paphos.

As the sea waves got to them, they held tightly to each other showing the love, trust and commitment they both have for each other. The breathtaking and amazing scenery adding icing on the cake. Love that can’t be denied or hindered by any barrier. 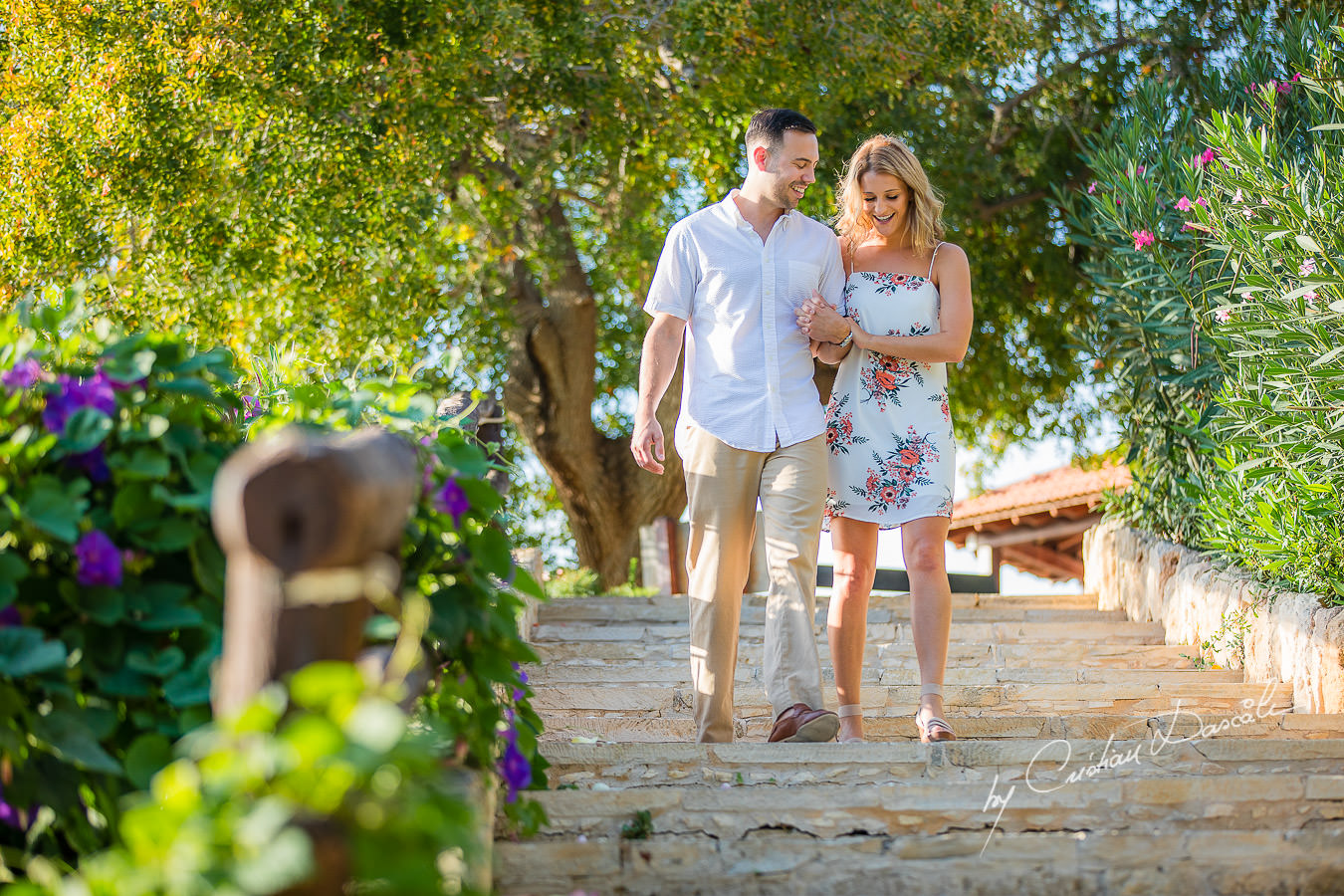 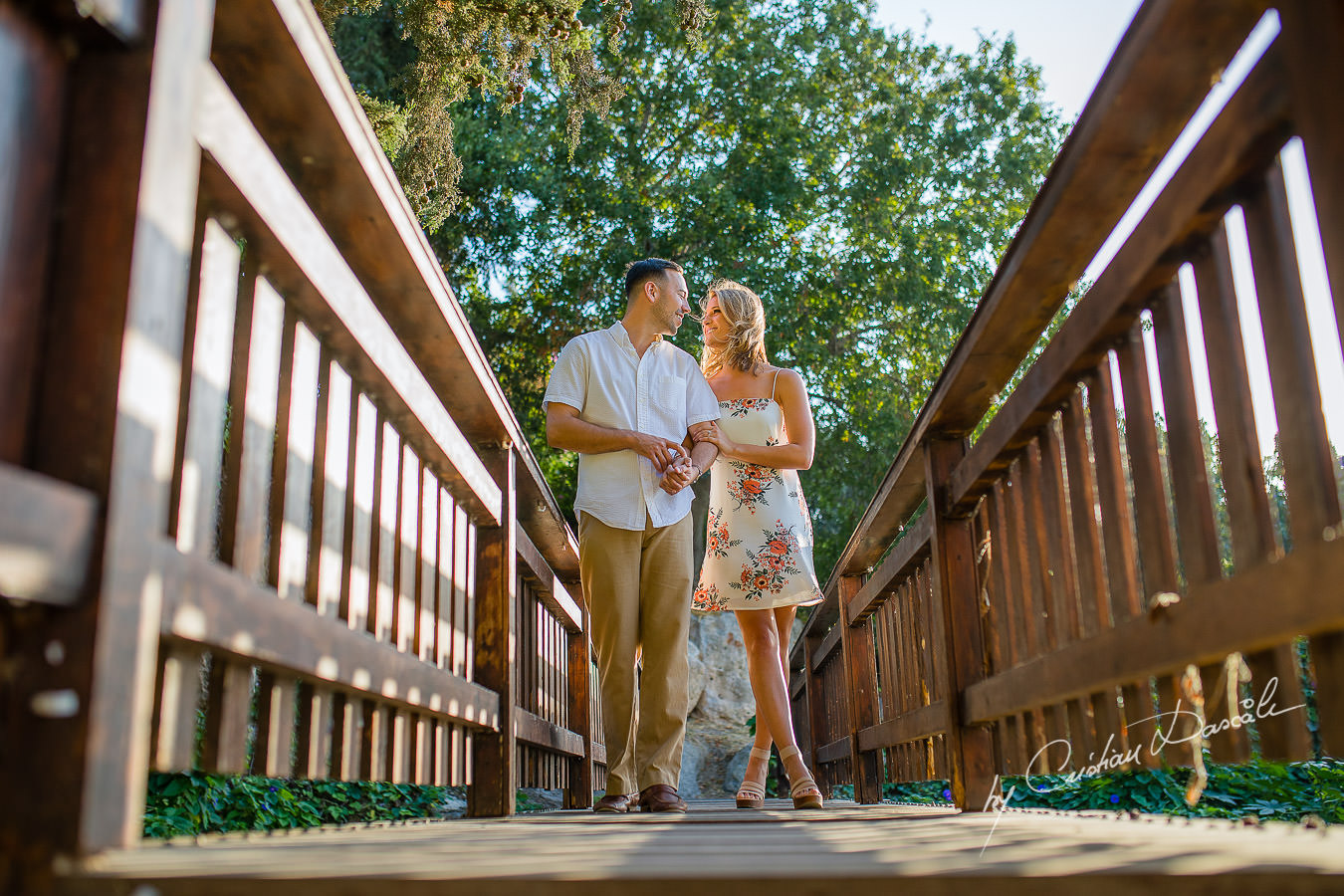 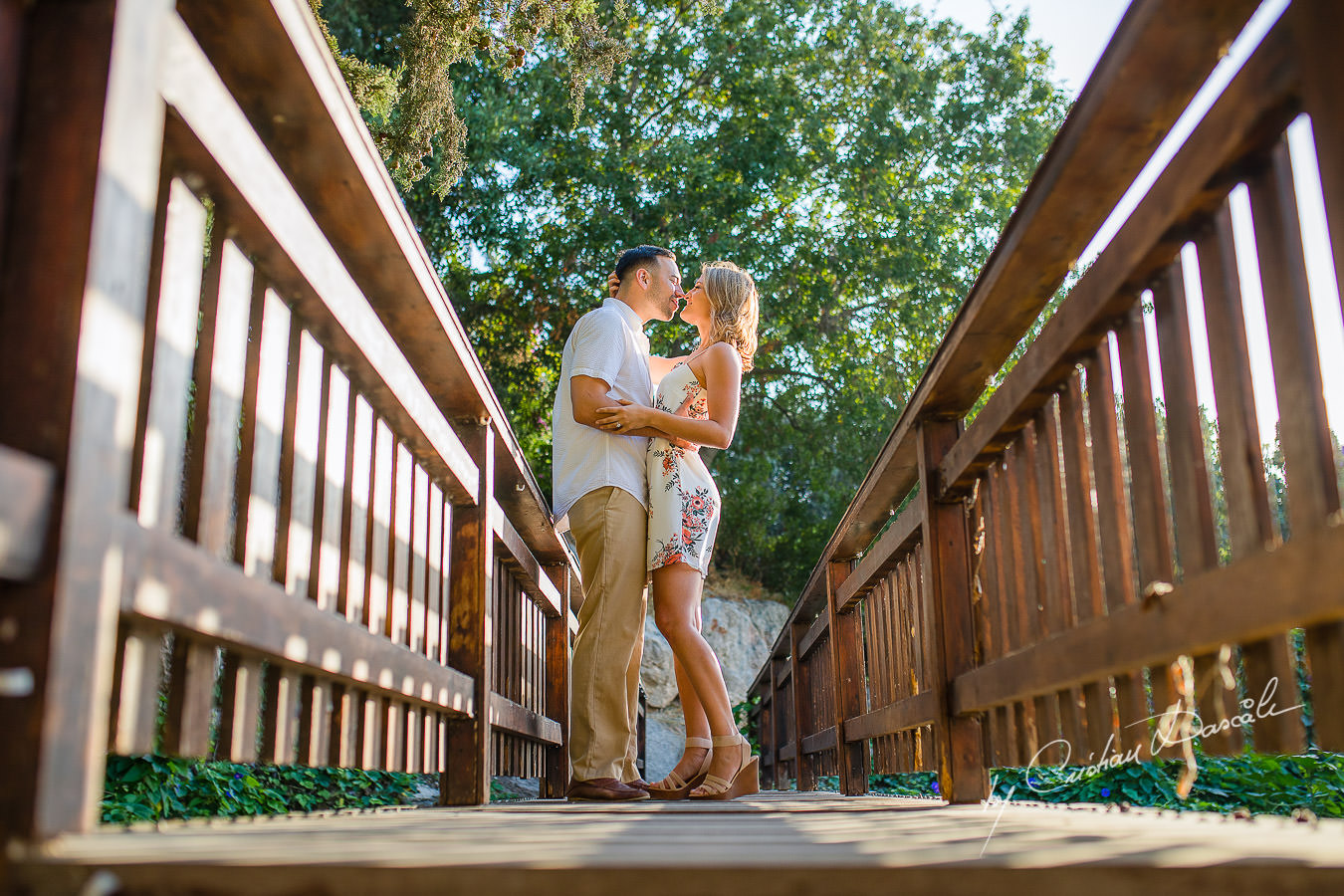 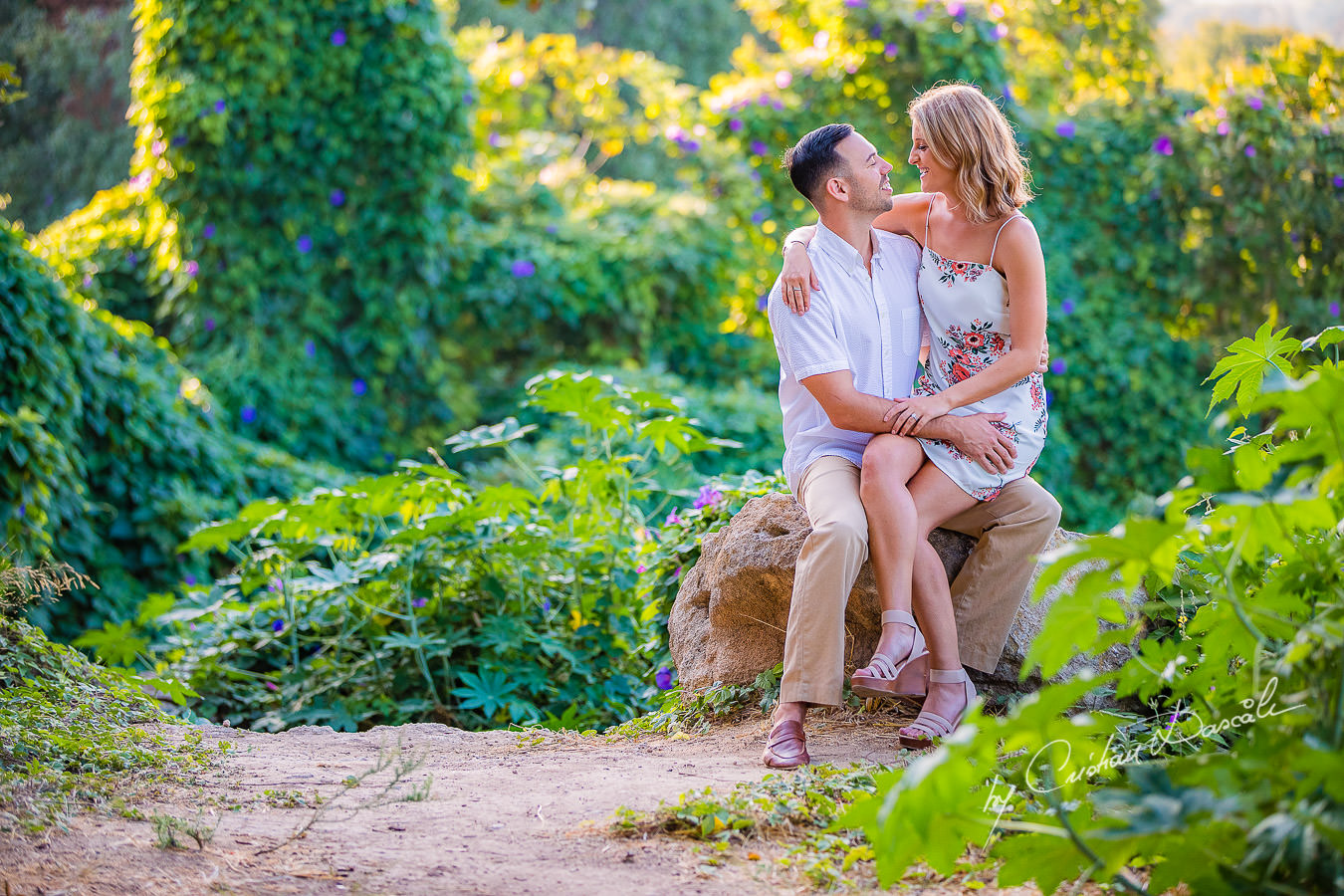 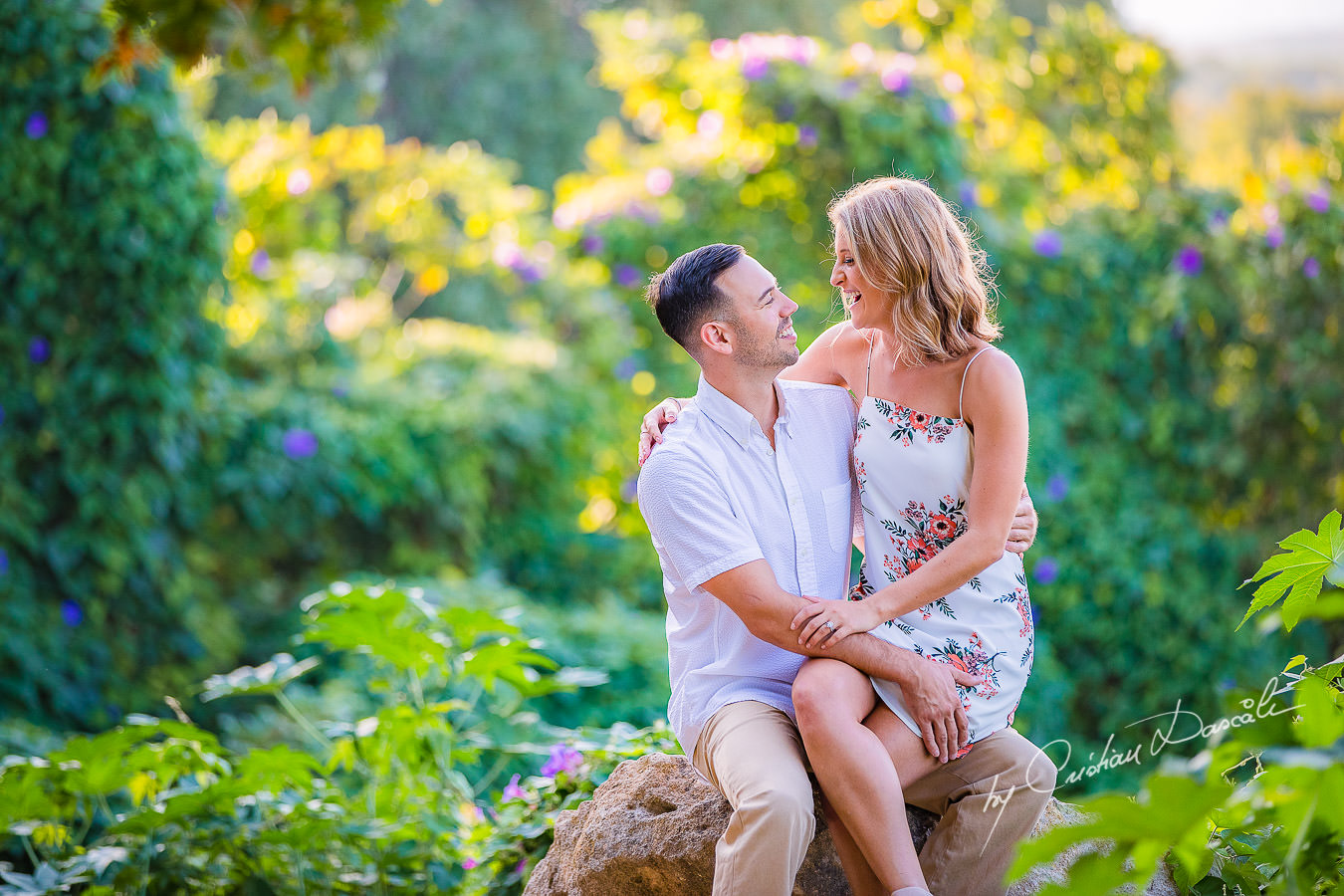 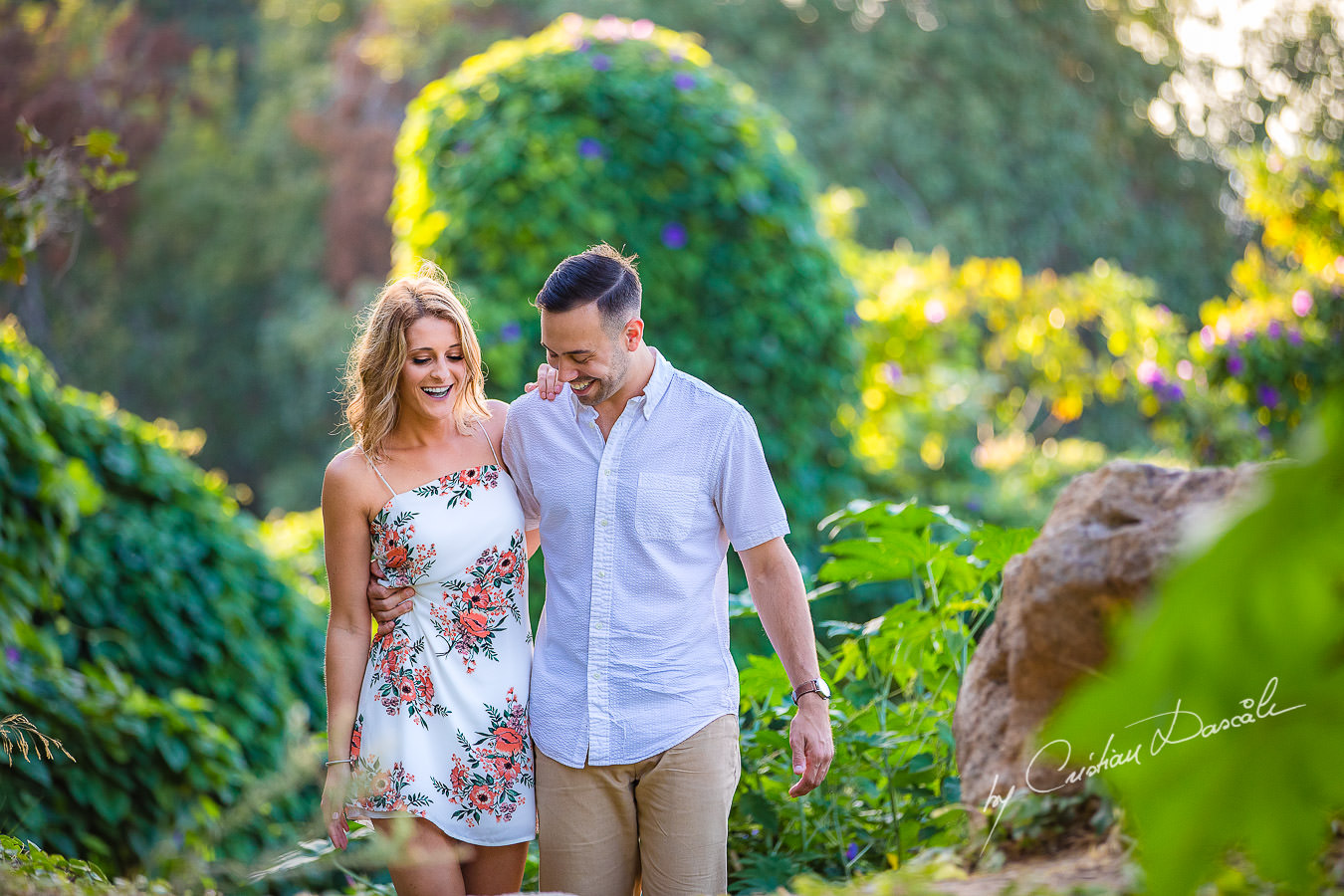 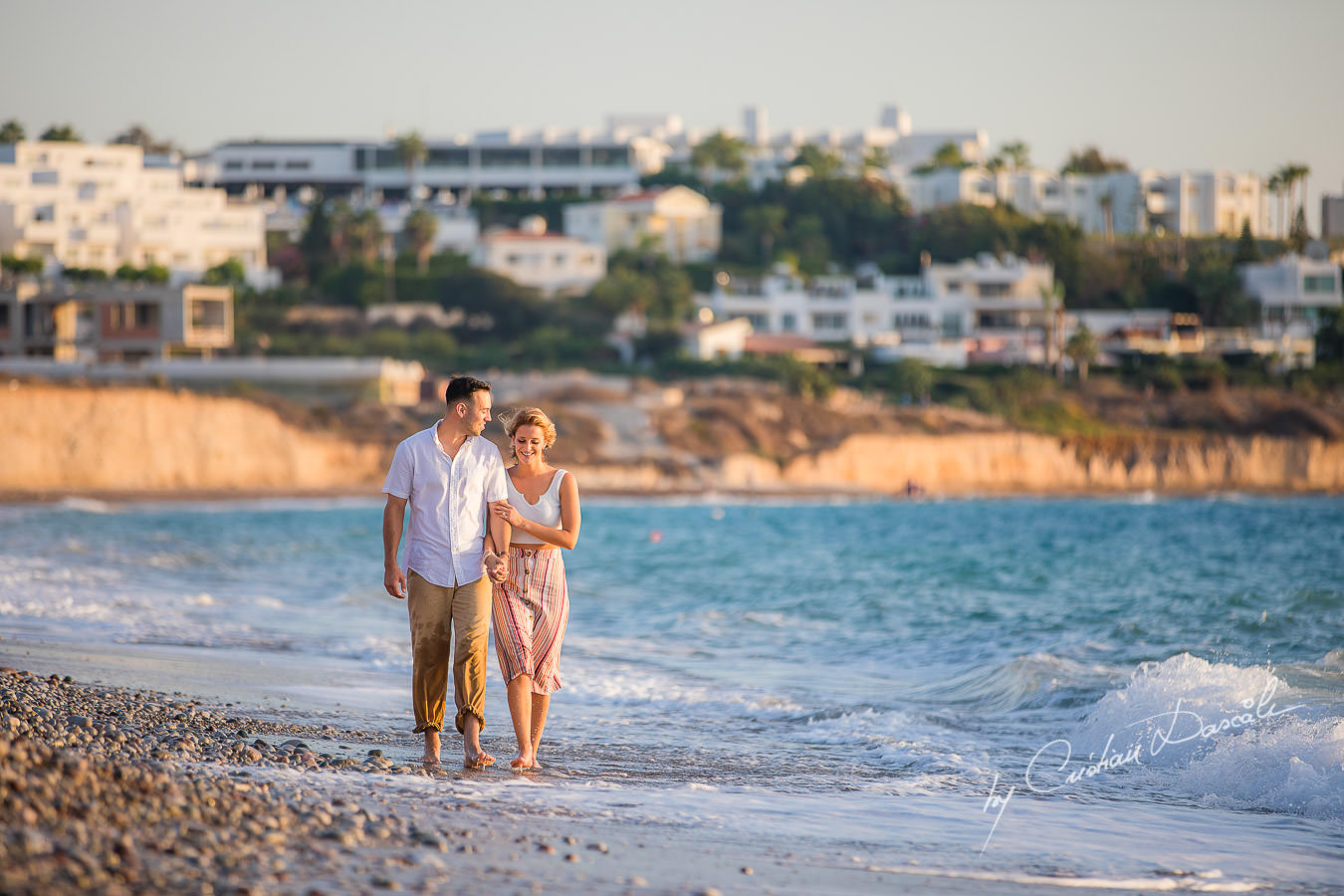 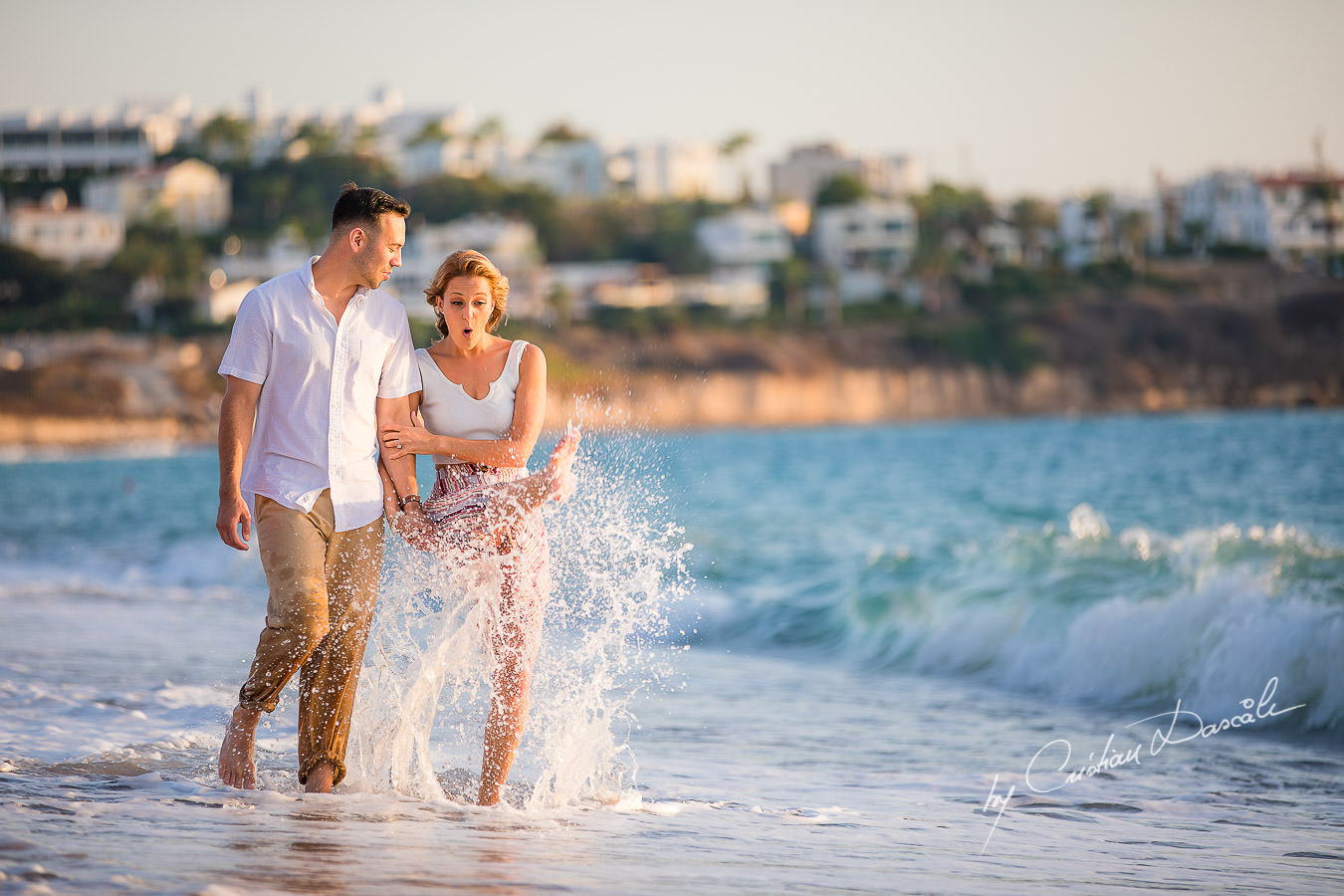 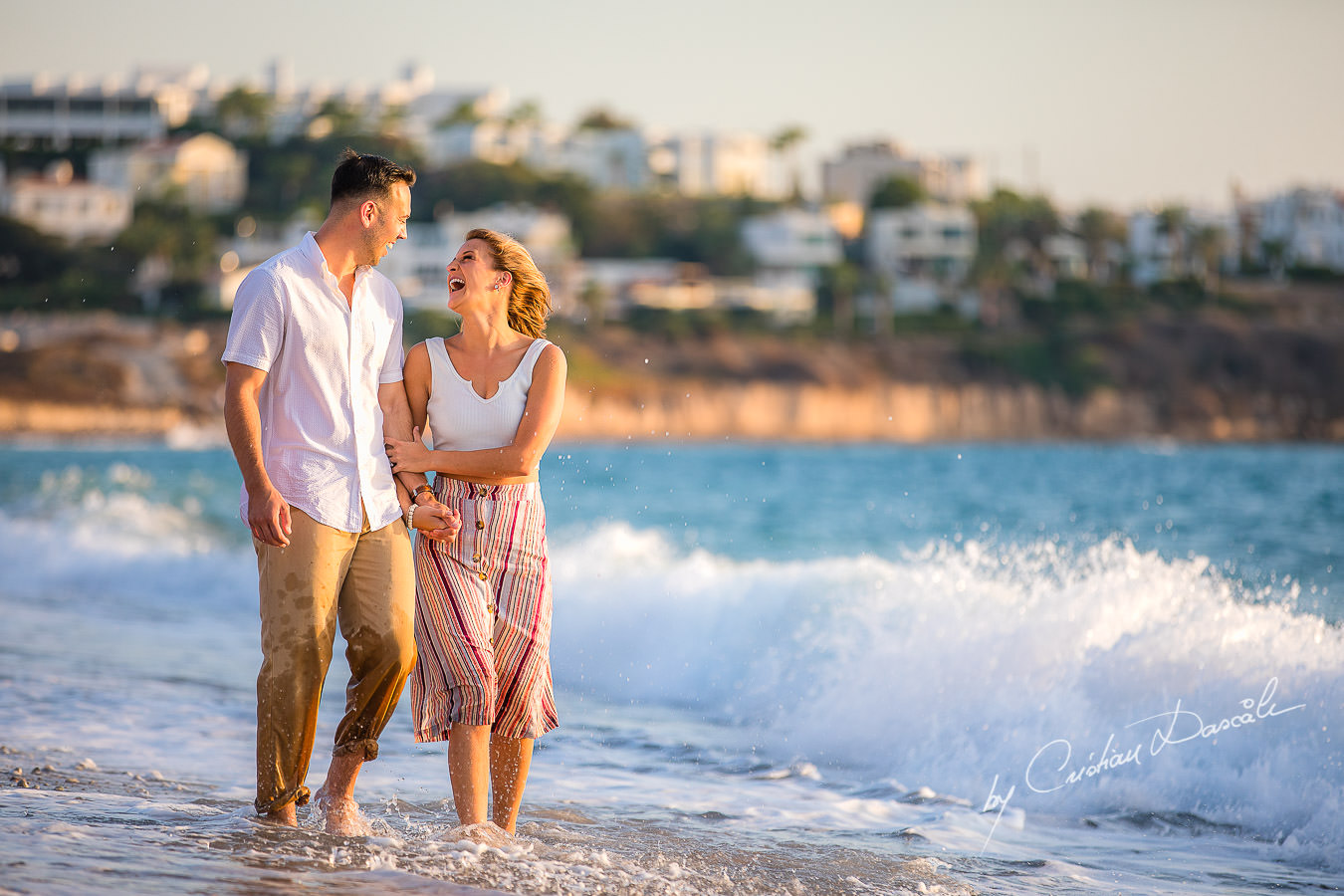 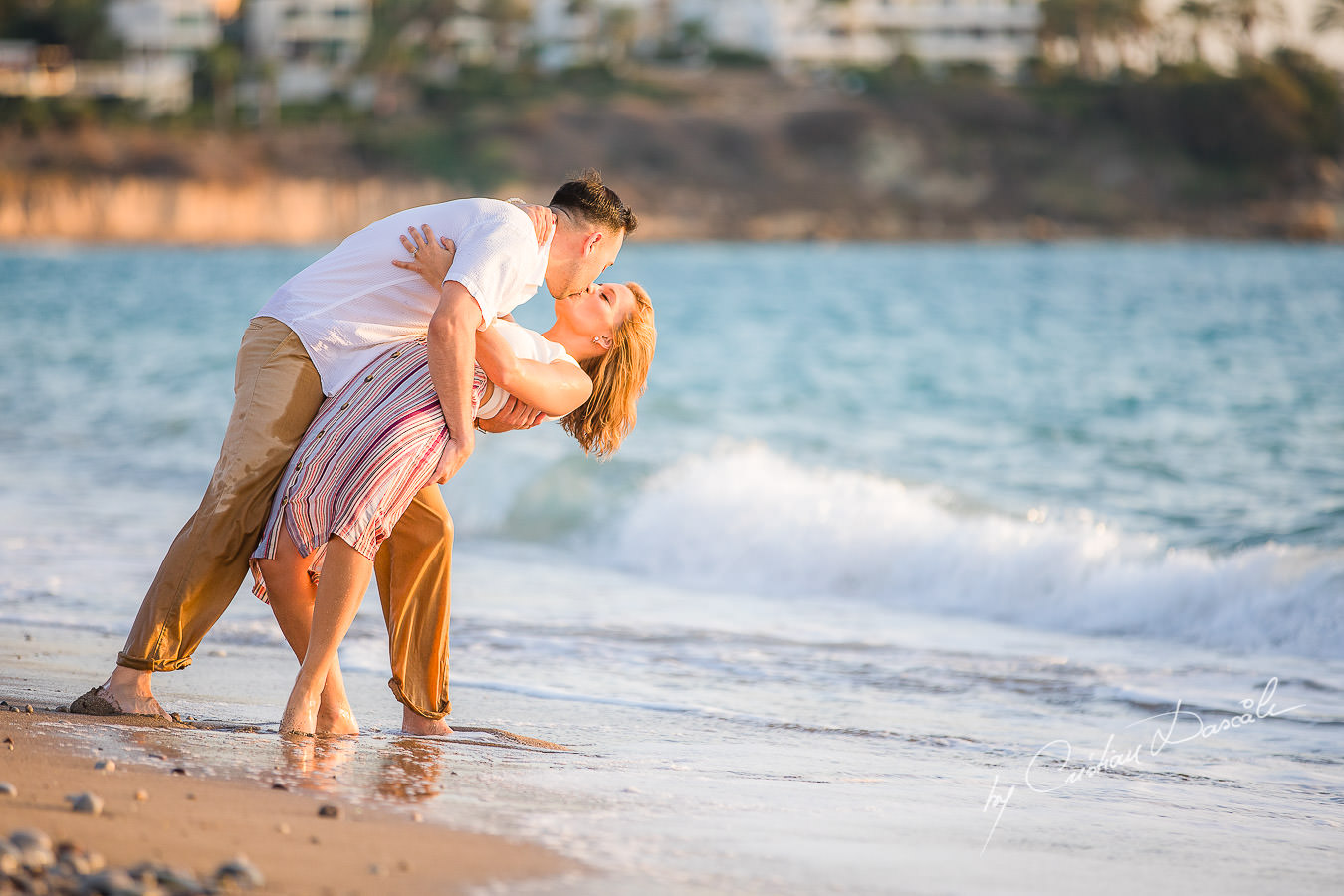