A proposal is a timeless moment, one which many of us wish we could capture forever… That breathless minute wherein all uncertainty is laid to rest and two people declare their lifelong commitment to one another. It’s at once a confirmation of the bond a couple has spent months or years building and one of life’s greatest, most profound surprises.

For Christian and Lana, surprise is where it all began. In April of 2015, Jana was taking a break from her studies in Paris, dancing with friends back home in Beirut… When she unexpectedly crossed paths with a handsome stranger. Though they were surrounded by music and the frenetic comings and goings of people all around them, Jana felt an instant connection as she danced with the young man, who introduced himself as Christian. It was a night—and a kindling bond—that Jana never wanted to let go of, no matter how improbable the sudden attachment seemed to be. Alas, she knew that it wasn’t possible to hold on; she had to return to Paris in three short days to complete her Master’s. Reluctantly, she bid farewell to her blossoming romance… Assuming this was probably “goodbye” forever.

But just as Beirut would beckon Jana back time and time again, Christian would prove to have a ‘pull’ that couldn’t be denied. Only a few months later, on another trip back home, Jana bumped into Chris for a second time—and this time, there was no letting go. She and Chris officially began seeing each other, and on the many adventures they would share together in the coming months, they discovered they really were the perfect match. They even opened a clinic together, combining Jana’s skill as a nutritionist with Chris’s training as a pharmacist—And there’s no sign of compatibility quite as accurate as being able to work together all day and still want to go home together at night! It quickly became clear that they were a team meant to last for life.

For their next big surprise together as a couple—the day they would officially dedicate themselves to a future together—Christian decided that he wasn’t going to let the moment slip away. He quietly began arranging for a proposal photoshoot at Aphrodite Rocks, knowing that a photoshoot would be the perfect way to immortalise the second Jana’s eyes lit up before she said, “Yes!” with all her heart. In his choice of location, he was going back to where it all began in earnest; he and Jana’s first trip together as a couple was to Cyprus, and it was on this picturesque island that their love blossomed gently under the sun. Here, by the ancient shores of Petra Tou Romiou that Aphrodite herself called home, he and Jana would begin the next chapter of their eternal love story.

Christian didn’t know anyone in the area around Petra Tou Romiou, so I stepped in to help him arrange an unforgettable proposal photoshoot at Aphrodite Rocks. Carefully, we created the perfect romantic setting, complete with beach mats, chilled Moet & Chandon Champagne, strawberries, and beautiful fresh roses… An idyllic seaside paradise in which to spend an afternoon celebrating the fact that they had officially become ‘two souls with one heart.’

With my camera there to document their transition from happy couple to thrilled fiancés, this is one surprise that will never fade with time. A part of Christian and Jana will be here on this beach forever, rejoicing in the power of love and the miracle of connection. 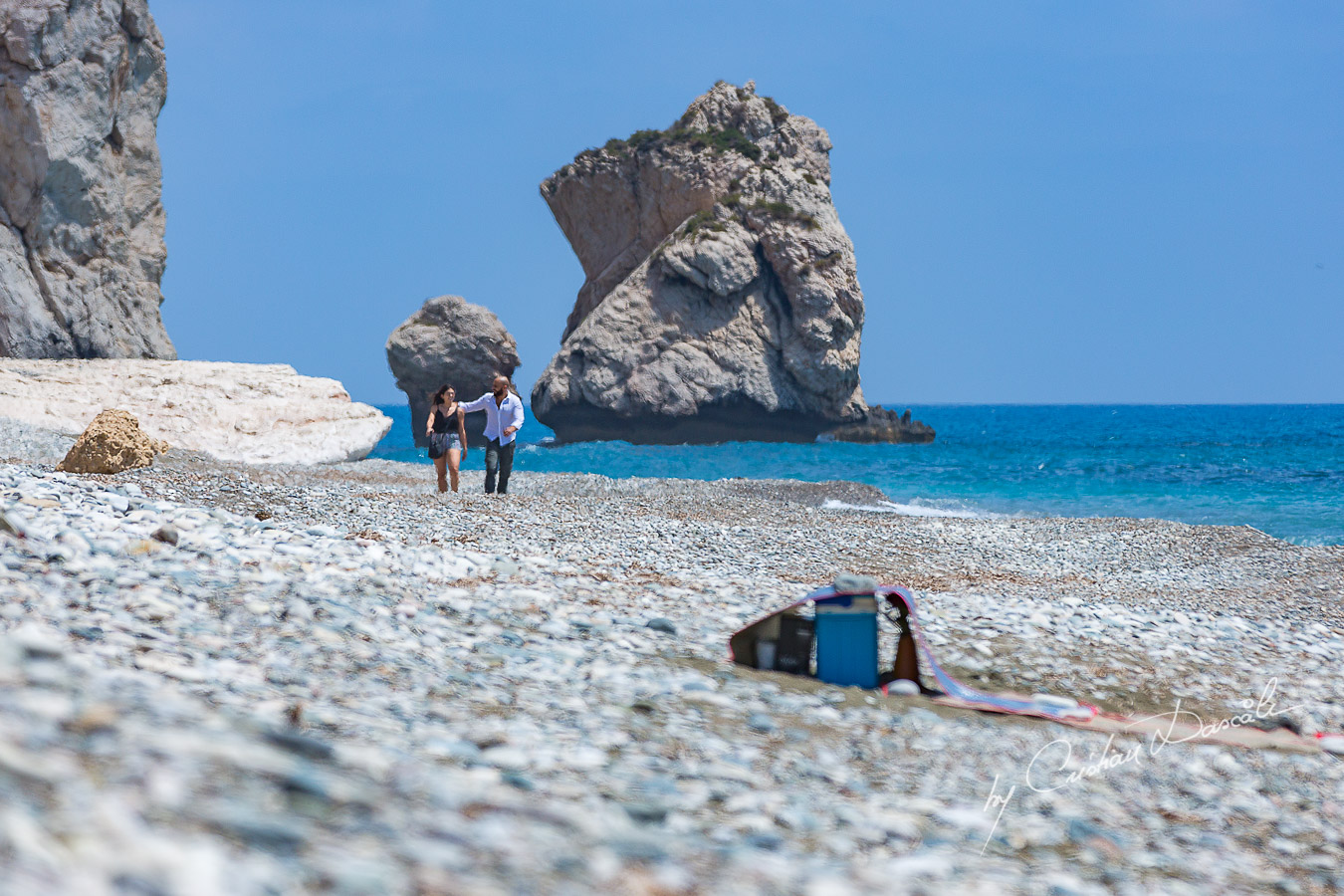 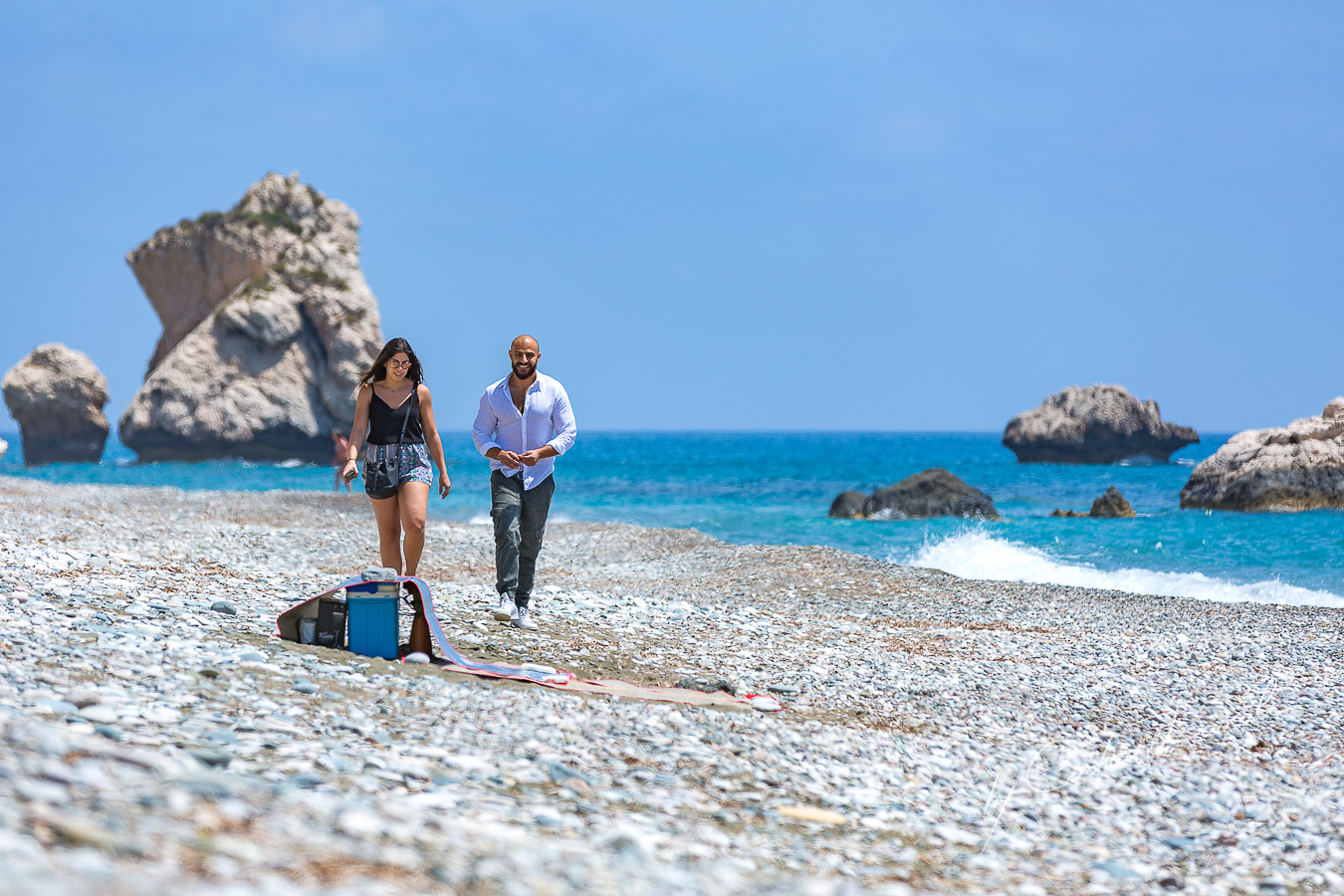 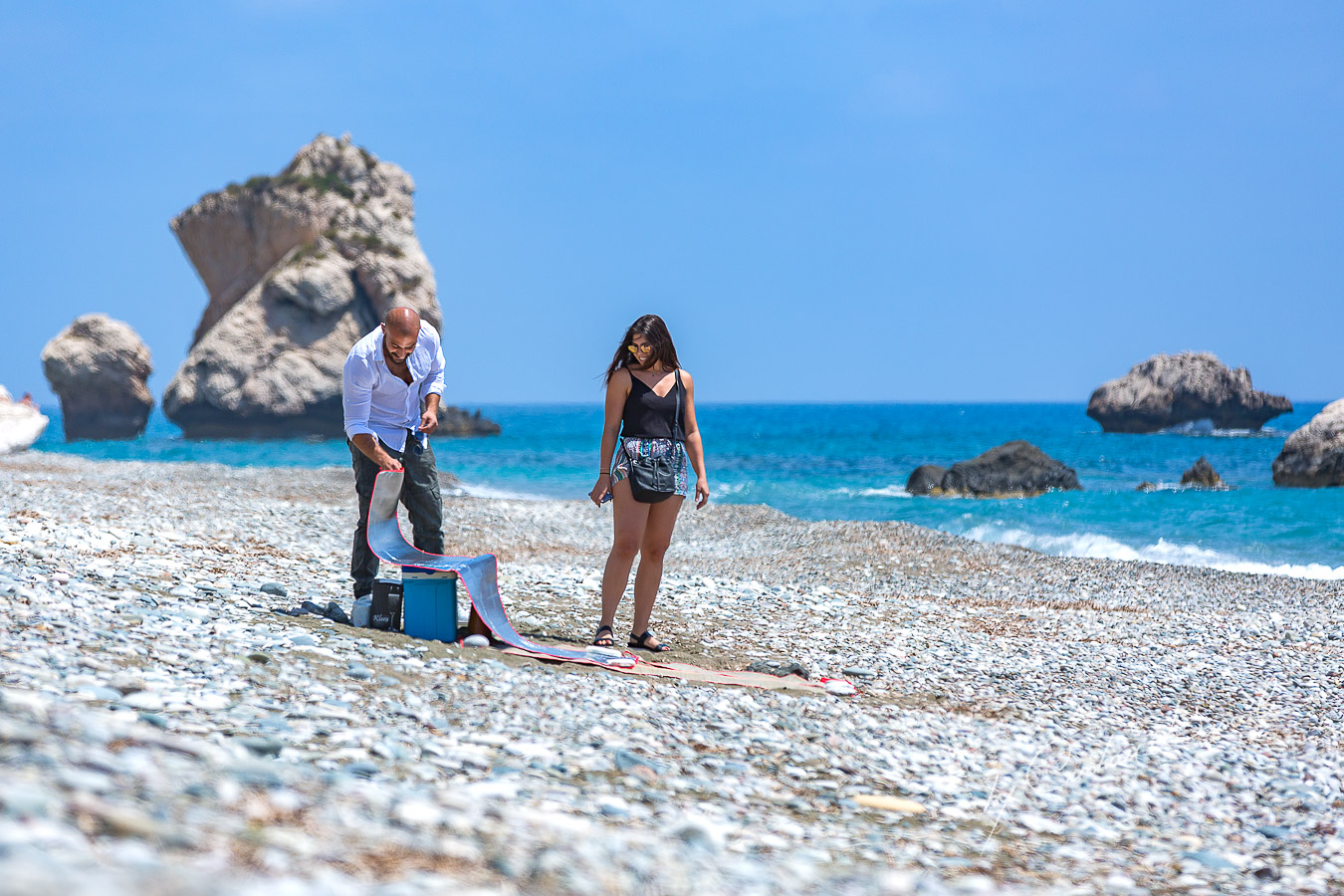 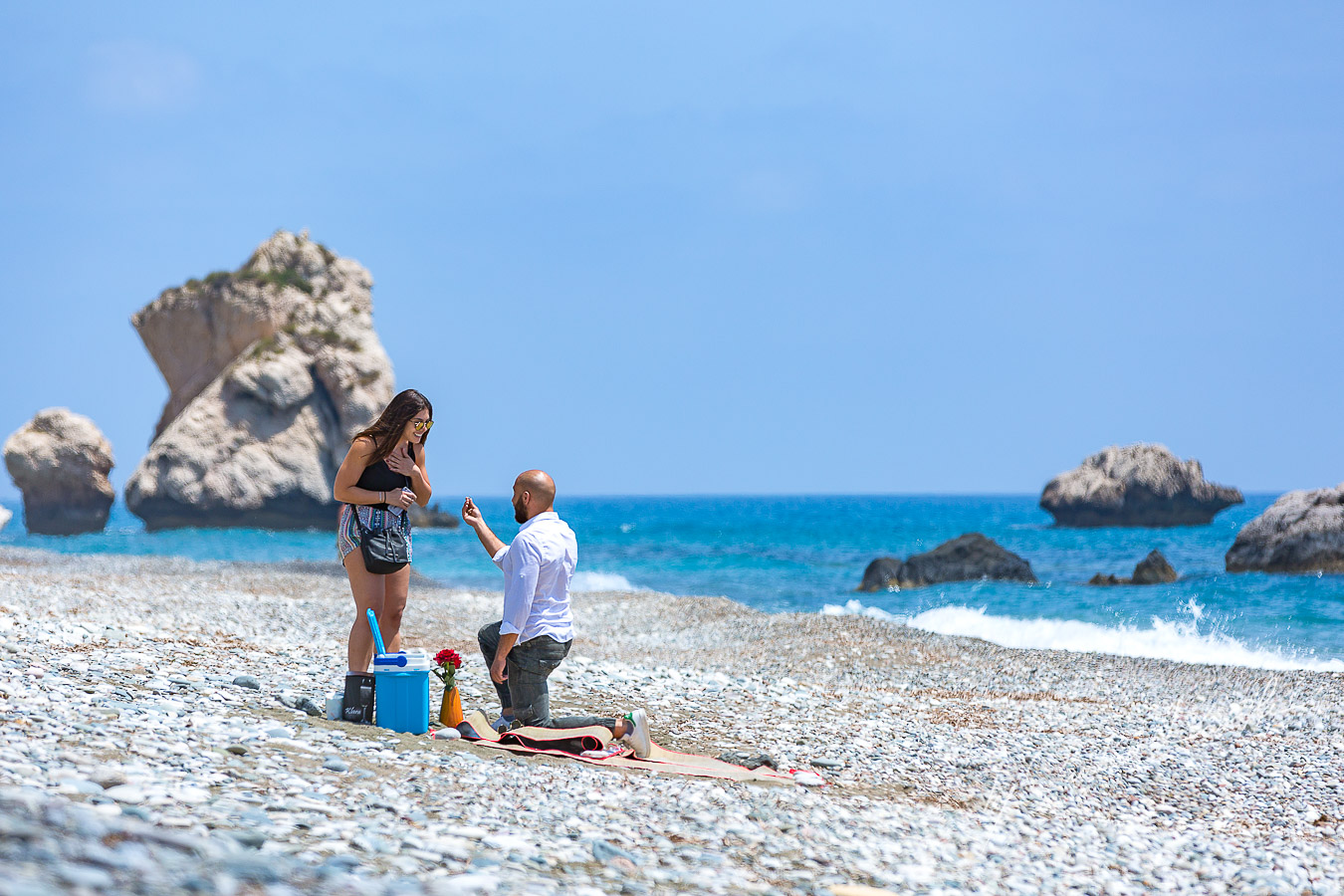 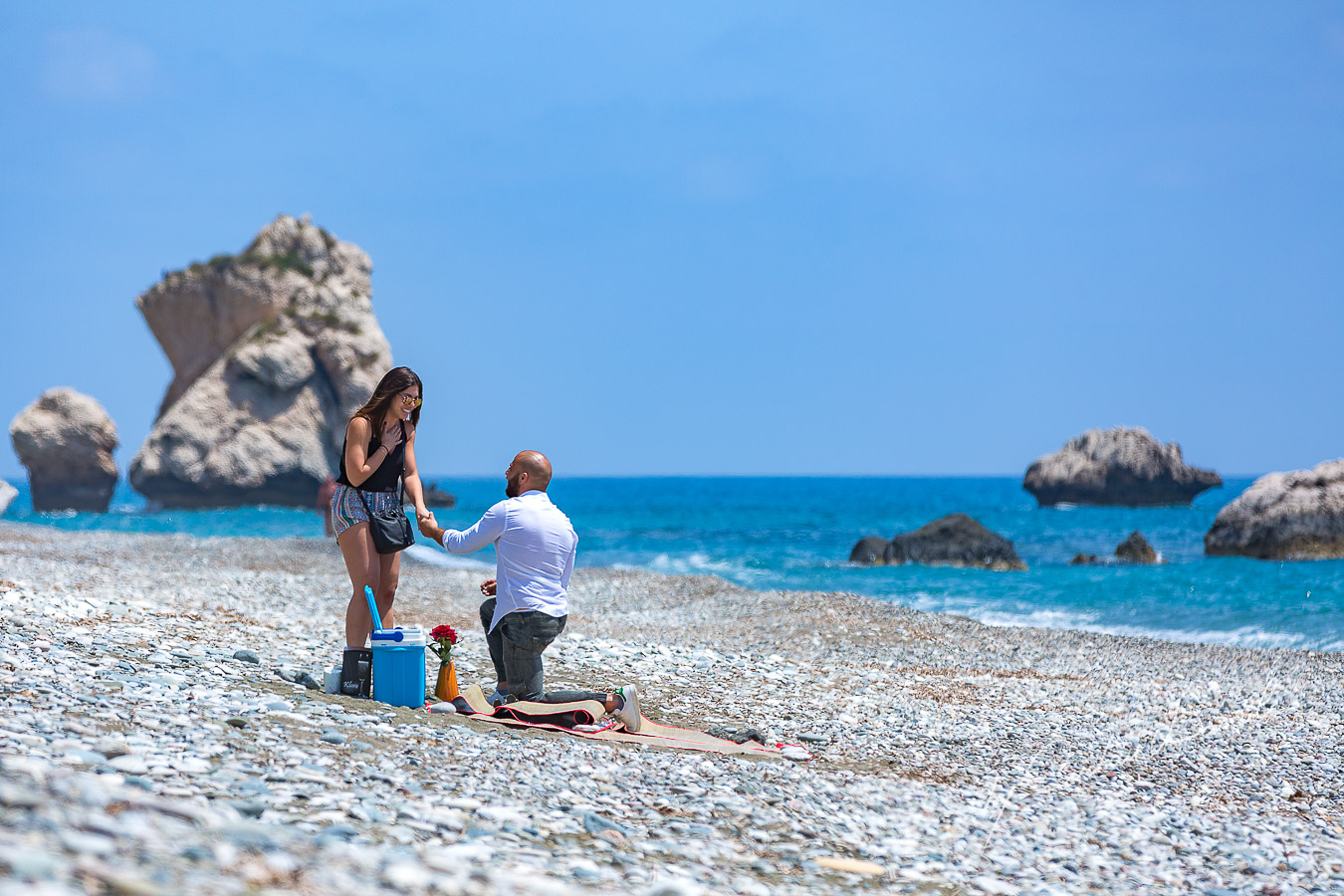 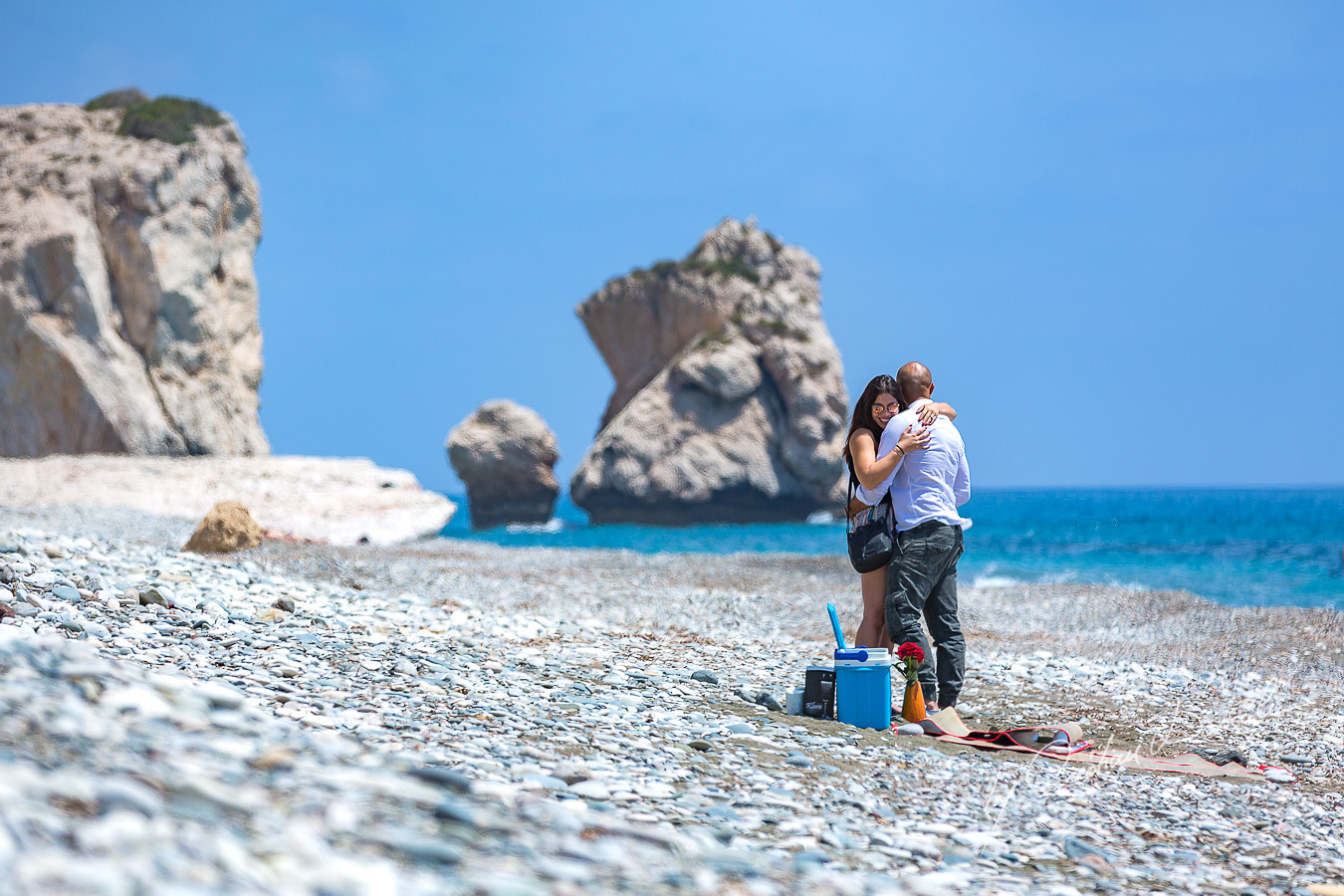 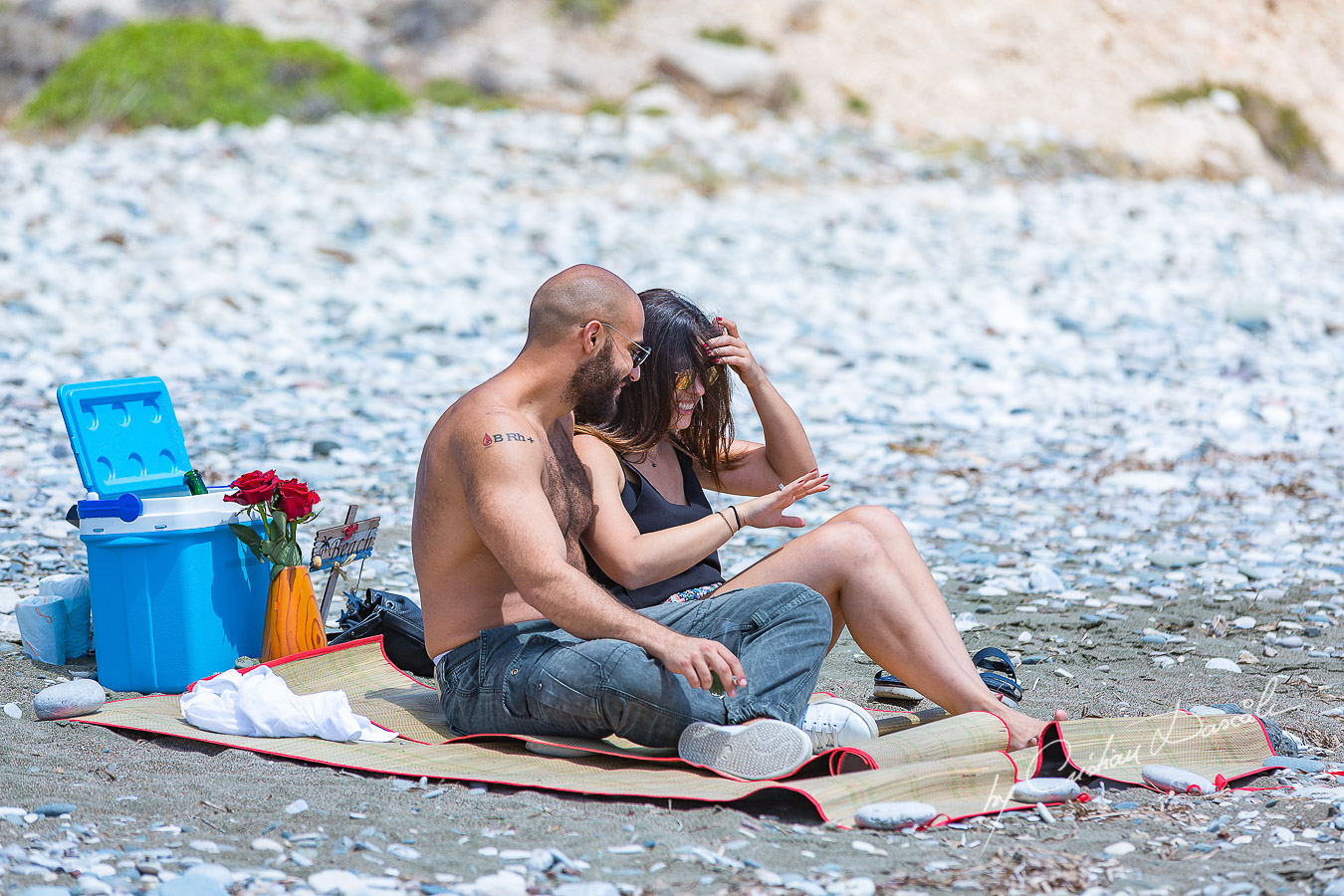