Fewer and fewer people today are making the time to celebrate life’s milestones; birthdays, graduations, and anniversaries are increasingly pushed to the wayside and seen as needless ‘work’. We treat the years that pass by as if they are just numbers and question the logic of celebrating our relationships: “We already know we love one another,” some couples say, “So why should we mark the occasion?”

What these people don’t realise is that the hectic era we live in makes it more important than ever to set aside dedicated ‘couple time’. When you create a special occasion just for you and your spouse, like Sucheta and Vikram did by setting up the anniversary couple photo shoot in Paphos shown below, you’re carving out a niche: A time and place to not simply acknowledge the love that exists between you both, but also to reflect on it—and each other. Anniversaries give you a chance to remember everything that’s made you who you are as a couple and celebrate just how far you’ve come together.

More than just being a nice gesture, this practice actually strengthens marriages over time. In his book The Seven Principles for Making Marriage Work, Dr. John Gottman reveals that couples like Vikram and Sucheta who celebrate anniversaries actually have a more positive perception of one another. Why? They make a point of remembering all the good memories they have of one another, rather than letting day-to-day stress emphasise the bad ones. They never lose touch with what they love about one another, no matter what life throws their way. As you can see from the way Vikram and Sucheta gaze at one another, four years of marriage have done nothing to diminish the magic of their bond—in fact, it’s only grown in passion and intensity.

As you look through the anniversary couple shoot in Paphos below, taken at the beautiful King Evelton Hotel at sunset, let yourself get lost in the moment of reflection. Let yourself feel an echo of the love and wonder that’s united these two souls, Vikram and Sucheta. They know, as I know, that the celebration of another year together is an acknowledgment that as one sun sets, another rises: There will be a new dawn, another year full of unpredictable changes and laughter, tears, and growth. An anniversary celebration—and photo shoot—like this one marks a commitment to keep growing together, rather than apart. It’s a recognition of that fact that, as Simone Signoret so beautifully put it, “Chains do not hold a marriage together. It is threads, hundreds of tiny threads, which sew people together through the years.” 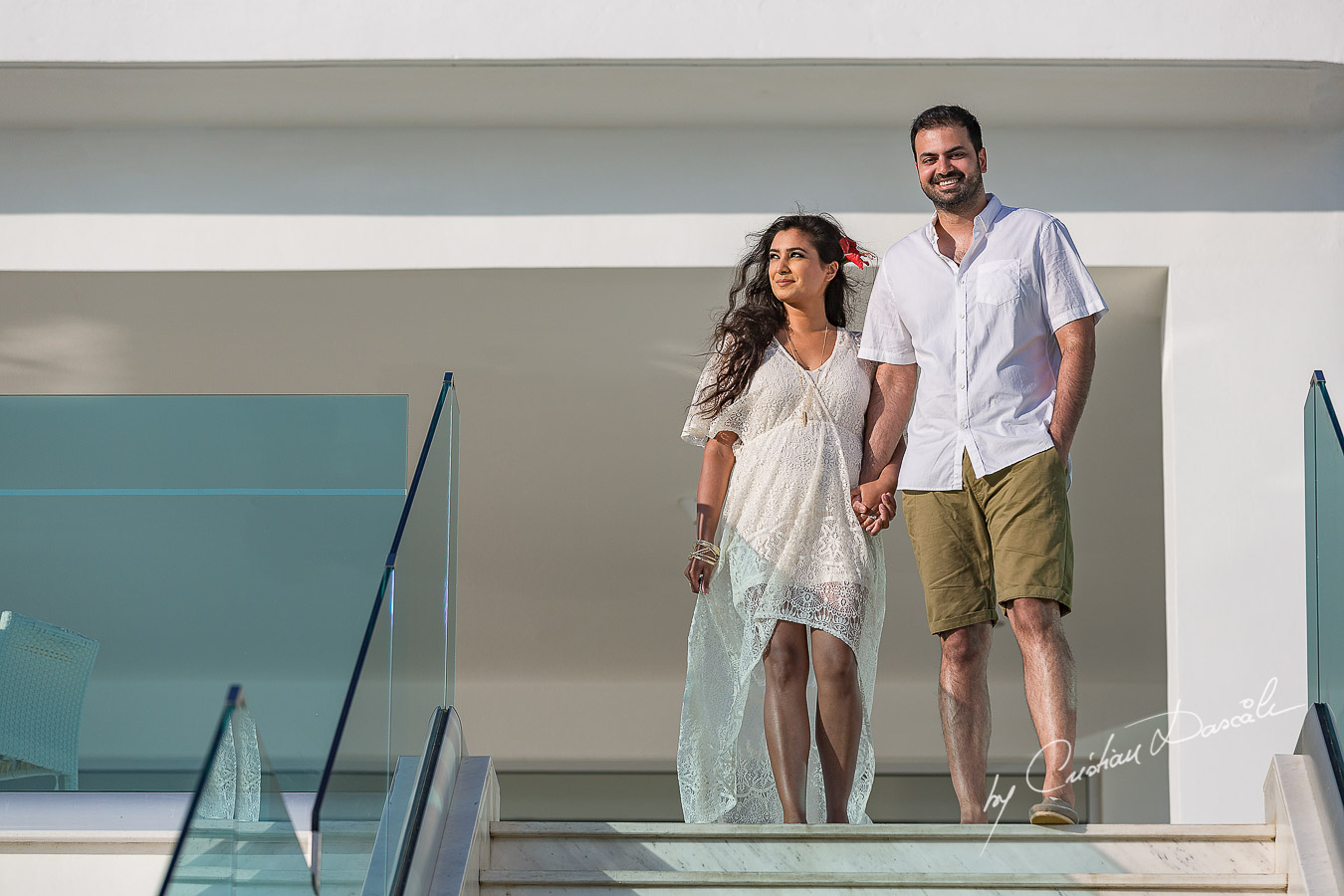 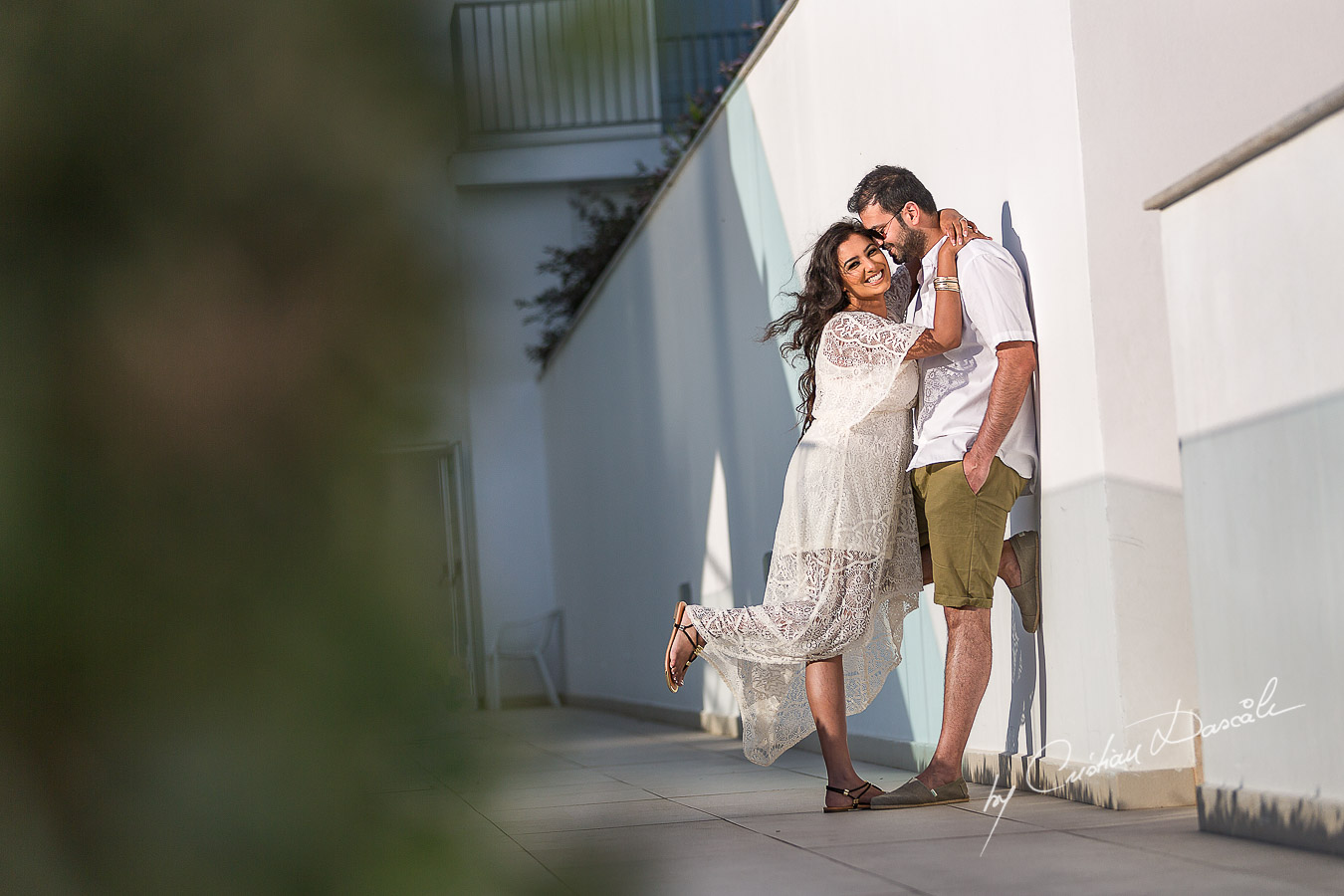 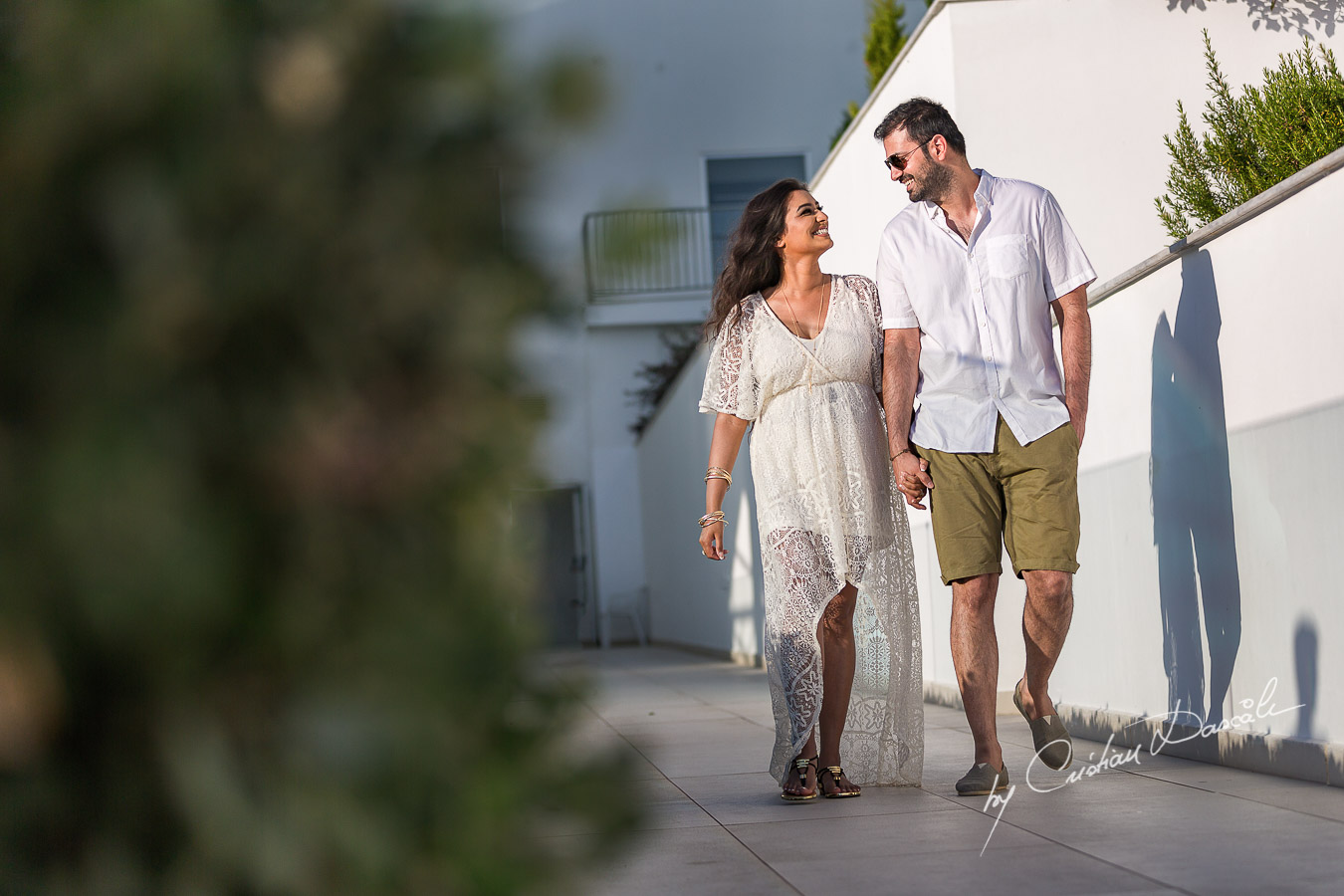 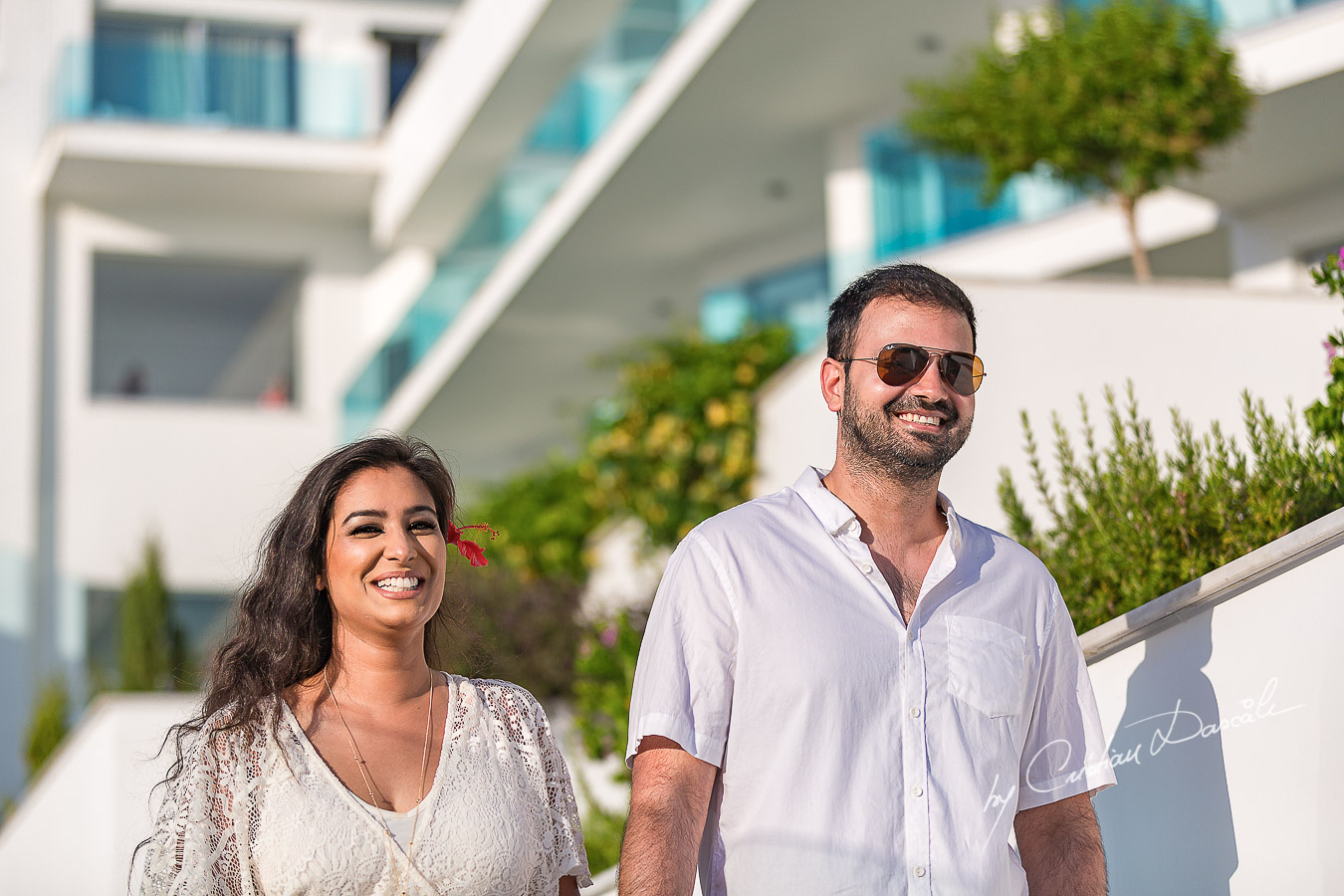 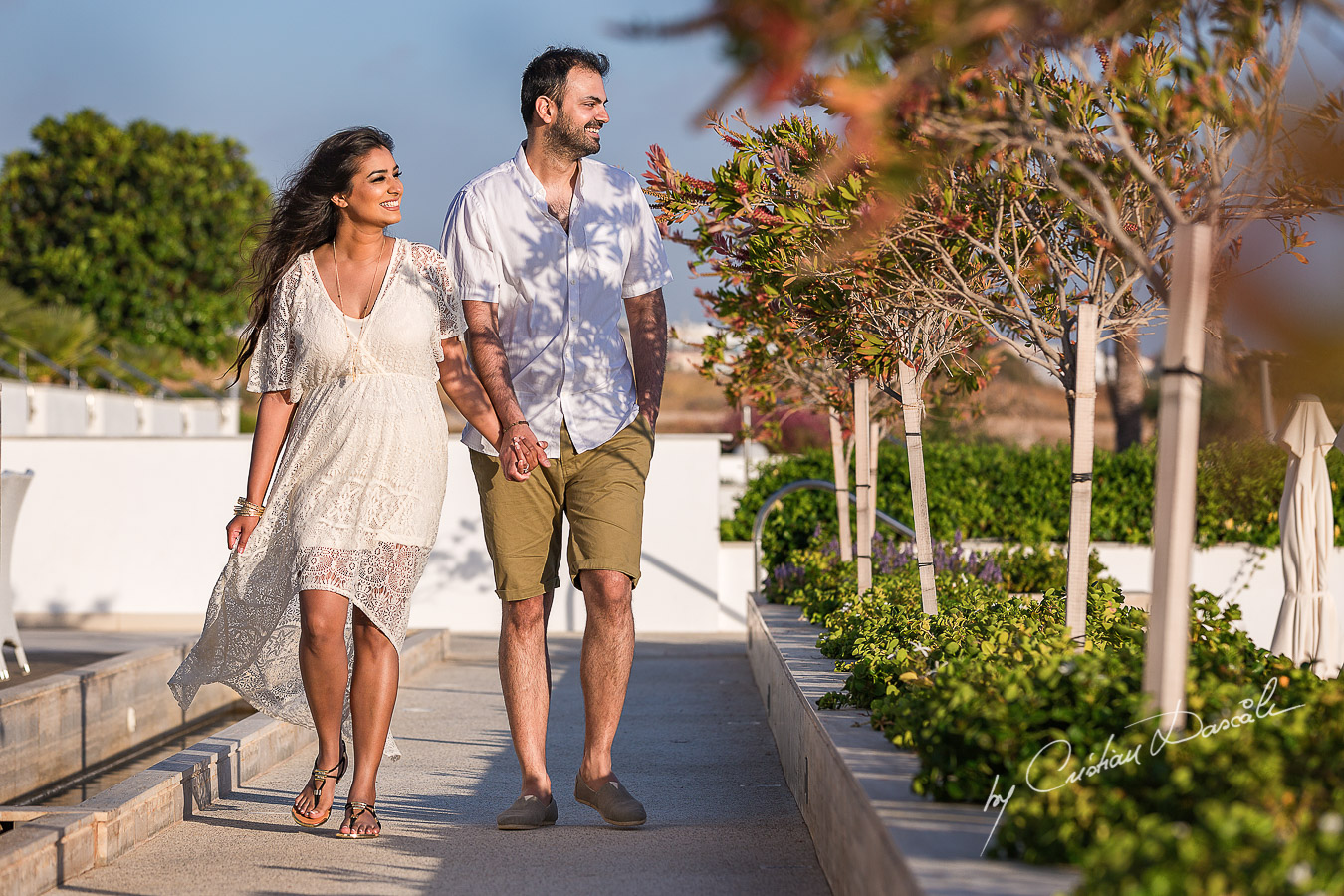 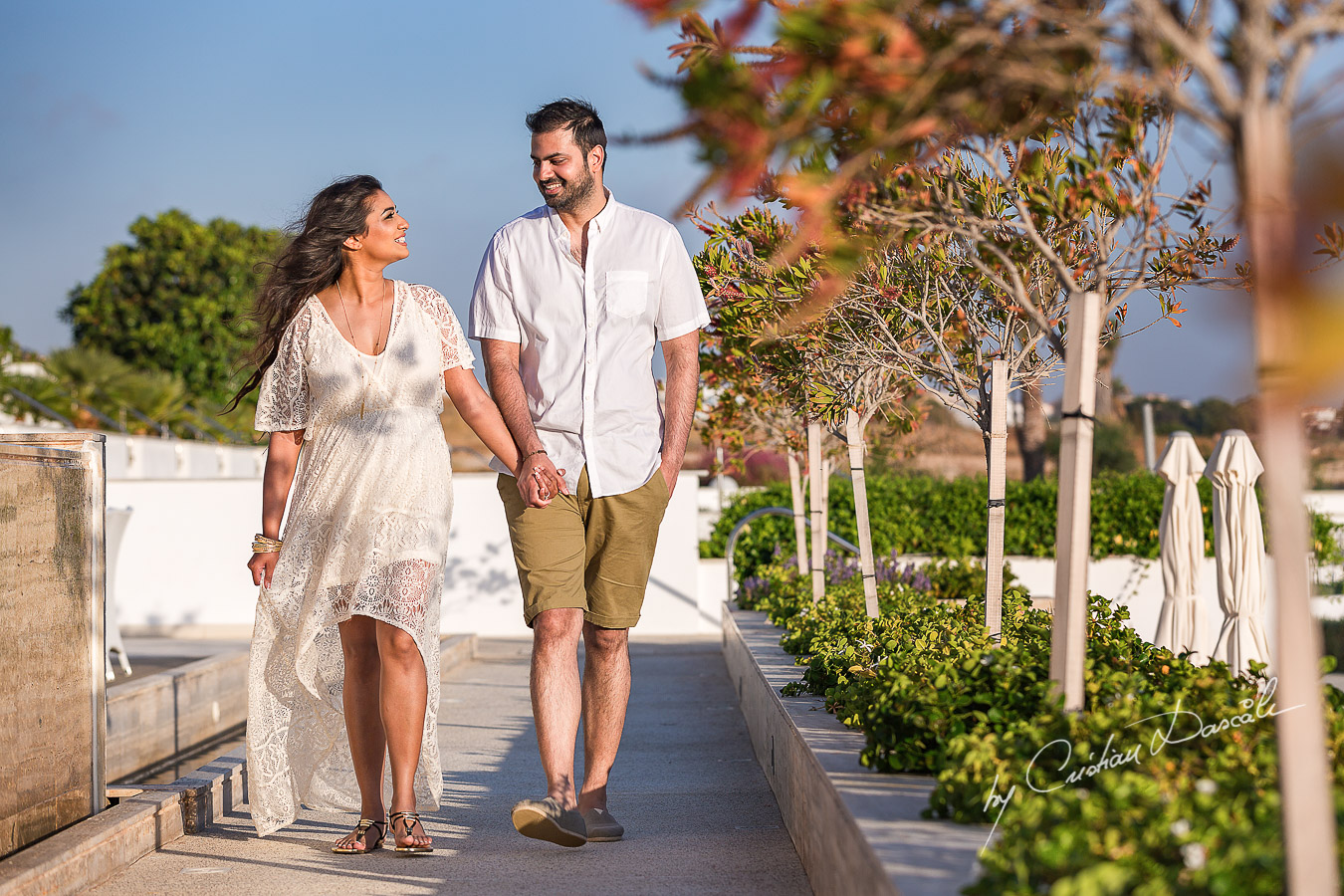 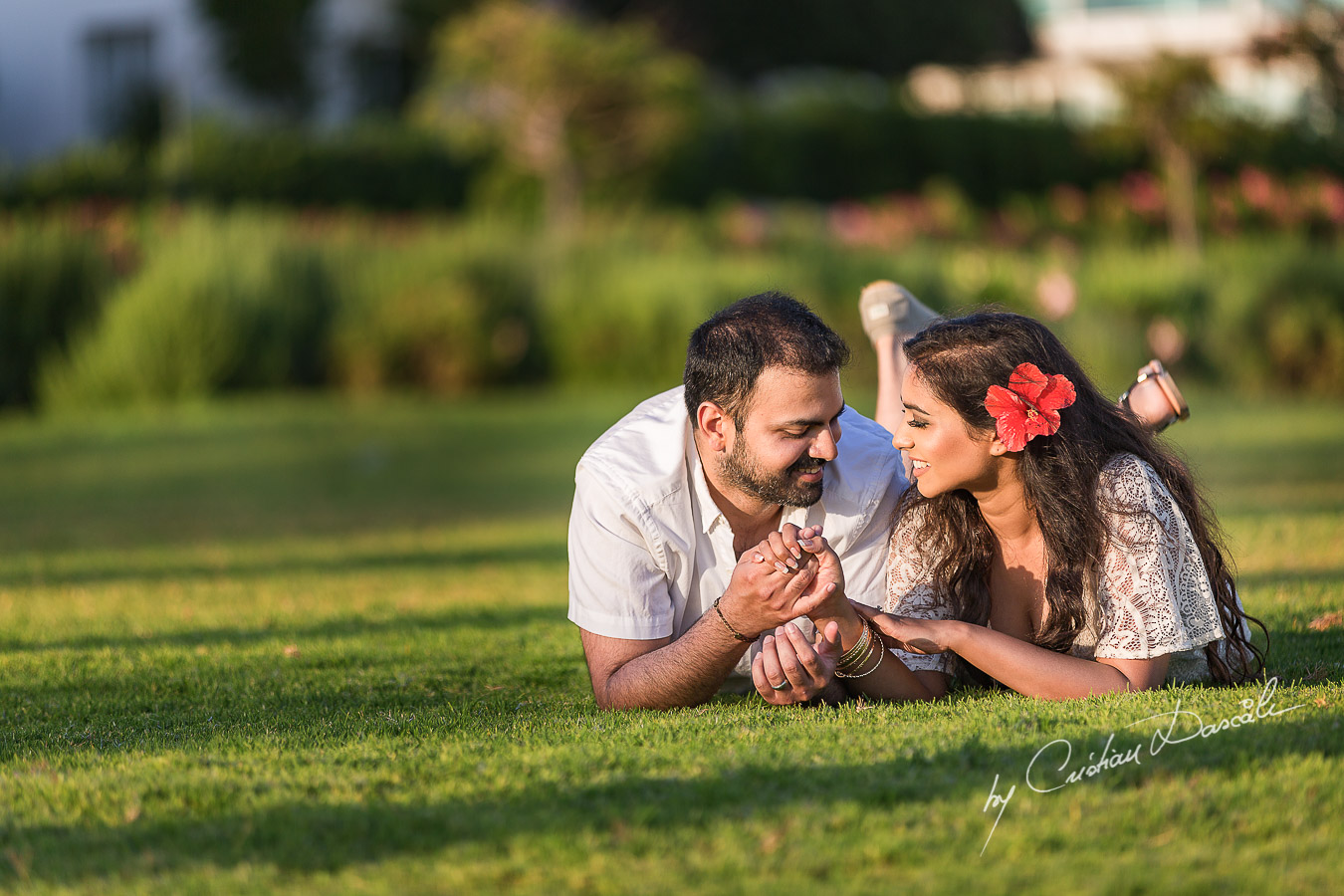 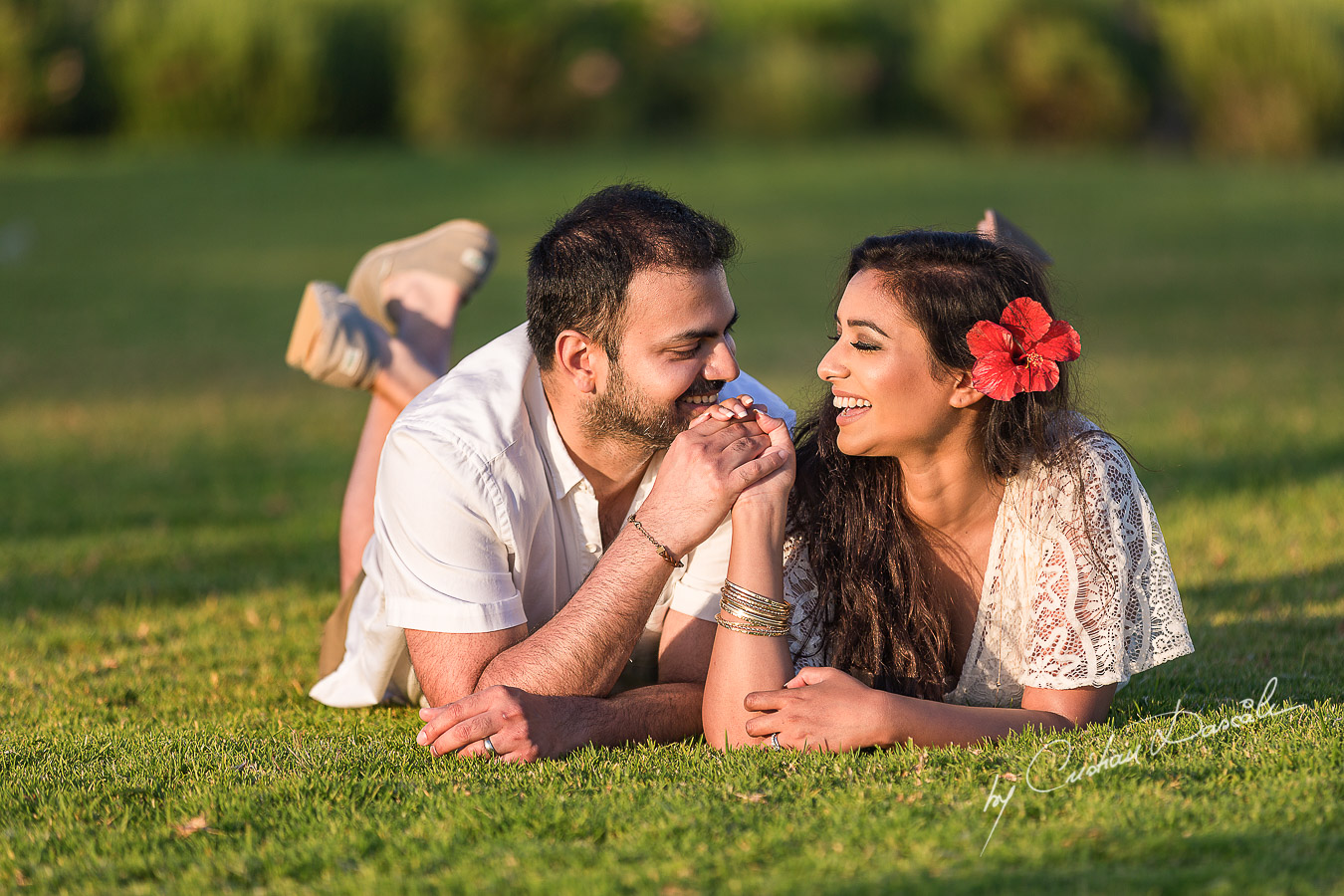